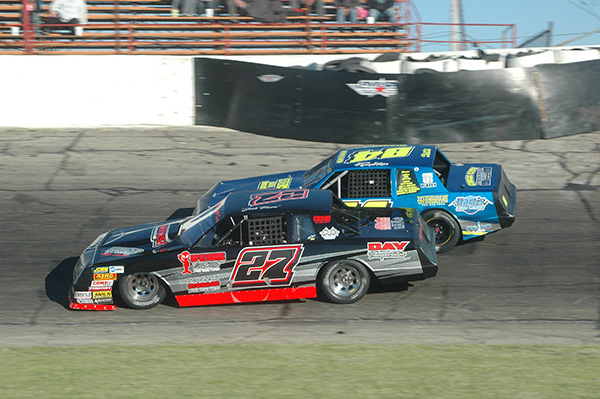 The second jewel in the Champion Racing Association’s Four Crown Championship for the Lawrence Towing Street Stocks will be up for grabs at Anderson Speedway on Saturday.
The Street Stock 200 presented by Star Financial Bank tops the speedway’s racing with the Marcum Welding Front Wheel Drives and Thunder Roadsters also in action.
The Anderson 200 is the second of the Four Crown races for the Champion Racing Association’s Street Stock Division. It pays a minimum of $3,000 to win and there is a separate point fund that pays $1,000 to the champion.
Kentucky driver Chuck Barnes Jr. won the first of the Four Crown races at Shady Bowl Speedway in Ohio and is entered for the Anderson race. Barnes has already scored three victories this year, including the event at the Bristol Motor Speedway in the U.S. Short Track National in May. Anderson’s Josh Poore won the first appearance at Anderson Speedway, with Bret Hudson winning at Salem Speedway.
Poore has won three of the distance races at Anderson including a 300-lap event in 2010 and 200-lap races in 2012 and 2013.
New Castle’s Jason Atkinson won at Anderson Speedway in 2015 and 2016.
A strong field of competitors is entered for the Four Crown race including James Kirby, Andrew Teepe, Jason Thompson and Jacob McElfresh
Ron Phipps will be looking to maintain his perfect season in the Marcum Welding Front Wheel Drive division having won the first three features of the year. He leads Nick Warner by 31 points.
John Robbins will be looking to make it four wins in four feature events for the Thunder Roadster division. Robbins holds a 19-point lead over Marty Griffin for the championship.
Qualifying is set for 6:30 p.m. with racing action starting at 8 p.m. Adult tickets are priced at $12, $4 for children between the ages of 6 and 12.