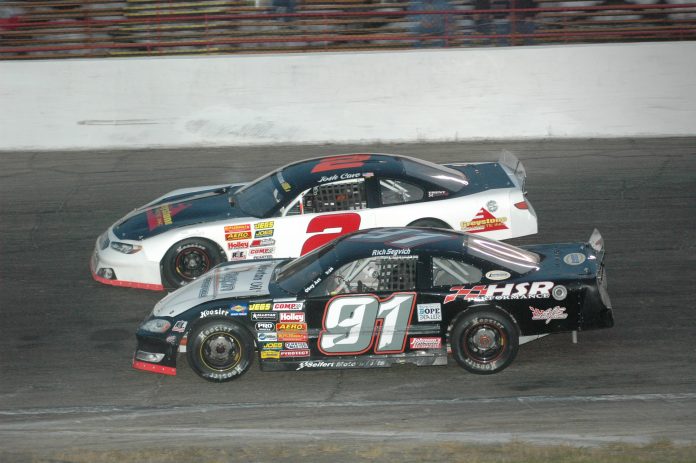 The Champion Racing Association Sportsman Late Models will be making their final appearance of 2017 at Anderson Speedway this Saturday in the Concentrix 75-lap feature.
R.J. Norton scored his first career victory the last time the series was on the high-banked quarter-mile speedway when current Anderson Late Model point leader Jeff Marcum suffered a flat tire with ten laps remaining.
Terry Fisher Jr. recorded the victory in the first CRA race earlier in the year at Lucas Oil Raceway.
Marcum has recorded two feature wins this season with Aaron Pierce winning on opening night for the division in April.
John Robbins will be looking for his fifth consecutive win in the Thunder Roadster Division after winning two features on June 17.
The Hart’s Auto Figure-8 Division will be in action with Curtis Chapman the most recent winner when race leader Ronnie Phipps opted to take the outside line on a restart.
The Thunder Cars return to action on Saturday where Jeremy Threet has recorded the victory in the lone feature for the division.
Qualifying is set for 6:30 with racing at 8 p.m. Adult tickets are priced at $12 and $4 for children between the ages of five and 12.