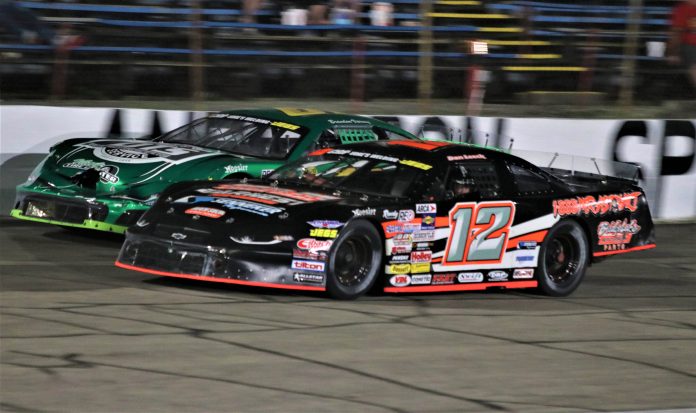 Salem, IN (September 23, 2020) – The Vore’s Welding CRA Late Model Sportsman Powered by JEGS will return to action this Saturday at Anderson Speedway in Anderson, Indiana. Saturday’s event will be the fourth and final series event at Anderson during the 2020 season.

After having several events postponed or canceled because of the COVID 19 pandemic, the series began its 2020 season on June 6th at Anderson Speedway, which was won by veteran Tommy Cook over a tough field of 26 cars. Multi-time Anderson Speedway Late Model Champion Jeff Marcum got the win in the series 100 lap special event on July 25th at Anderson Speedway. Austin Coe picked up his first series win of the season in the Norton Transport Raintree 100, at Mt. Lawn Speedway on August 16th.

The other drivers who will be racing Saturday night to get the final two positions in the final four drivers to compete for the series Championship on Winchester 400 weekend include 2007 series Champion Billy Hutson, Cassten Everidge, Corey Adams and Kent Carson. One of those four can earn one of those positions by winning Saturday night’s event at Anderson, the other would be by the highest in Chase points, or if none of those drivers wins, then the two highest in Chase points will get those two final positions.

There will be an optional open practice on Friday, pits open at 3pm, practice will go from 4pm to 7pm. Pits open on Saturday at 2:30pm. Practice will begin at 4pm. Qualifying will begin at 5:30pm for the. Racing action will begin at 7pm and will include the 75-lap feature for the Vore’s Welding CRA Late Model Sportsman. The Victory Custom Trailers CRA Junior Late Models will also be in action with eight lap heat races and a 25-lap feature. Also racing that evening will be the Anderson Crown Vics and FWD Figure 8’s.