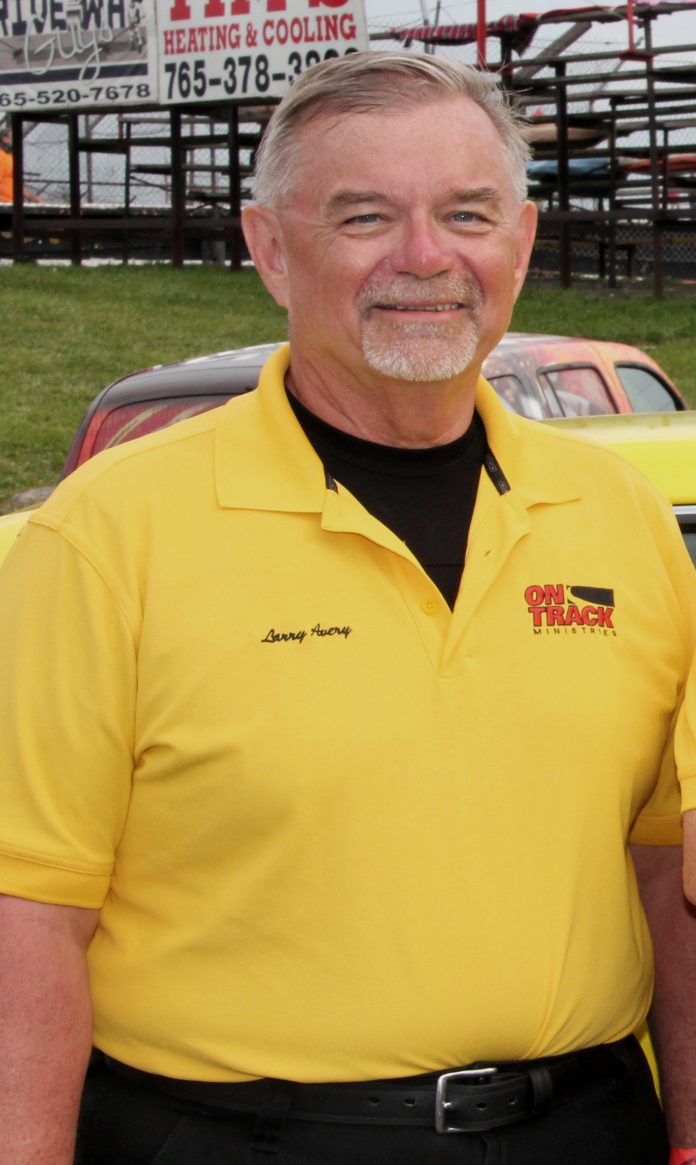 Anderson, Indiana (April 9, 2020): It takes a multitude of people to operate the many short tracks across the United States. Anderson Speedway in Anderson, Indiana is no exception. From the concession workers, to track crew, to program sellers, to ticket sellers, everyone plays a vital role in making the track successful. Like many tracks in Indiana, we have been fortunate to have the support of On Track Ministries each week.

On Track Ministries had its beginning when David Martin and family began searching for a way to support the racing community. Through its development, On Track Ministries mastered the idea of taking “church to the track”. From this idea they conduct on-site chapel services, bible studies, personalized counseling and perform crisis intervention for the racers and their families in the event of racing accidents. Anderson Speedway has been privileged to have someone from On Track Ministries at the track each week.

Larry Avery has been the full-time track Chaplin at Anderson Speedway for the past three years, but has supported the track since 2011. Avery became aware of David Martin and On Track Ministries through some colleagues.

“When I was working in Grand Rapids Michigan, I had someone tell me about the work David was doing,” said Larry Avery. “We met for breakfast, that turned into a lunch and David told me about what he had been doing. It was really what I was looking for in my ministry of serving others.”

During race events, Larry can be seen down on the track. He a lot of times will blend in with the rest of the track crew as he will help the track in any way he can.

“A lot of nights you will see Larry spreading oil dry or passing out water to the drivers,” said Jared Owen – Vice President of Operations at Anderson Speedway. “He is the ultimate team player, and we always tell him you are doing too much. But he insists and wants to help anyway he can on track.”

In his time as the chaplain at Anderson Speedway, he has been around some of the most joyous of times and also the saddest of times.

“To be able to honor someone like Rick Tharp was incredible,” explained Larry Avery. “When I was asked to do the funeral for Rick Tharp, I was truly honored. Rick was someone that gave his all while being at Anderson Speedway.”

Over time, teams and drivers have learned to seek Avery out in a time of need or guidance. “We are a part of the team no matter if it is checkers or wreckers,” explained Avery. “I always like to go to victory lane and congratulate the winners, but I always check on the drivers that pull out of the race early. The time I get to spend with the drivers as a group or individually is great.”