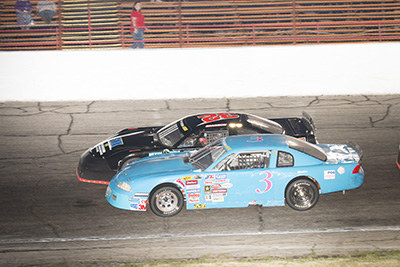 Four local divisions will be in action this Saturday at Anderson Speedway for the Byrider Spring Championships. The championship races offer double points to be earned by the competitors and with Mother Nature failing to cooperate two of the local divisions have not been in action this year. The repeated cancellations because of the rainy weather resulted in speedway officials scheduling 135 laps of racing on the Saturday before the 71st running of the Pay Less Little 500 presented by the UAW.

Defending McGunegill Engine Performance Late Models champion Jeff Marcum is a perfect two for two on the season. Marcum opened the 2019 campaign with a victory in the Champion Racing Association Sportsman Late Model feature and followed that up with a victory in the opening event for the local division. Marcum is seeking an unprecedented four consecutive championship in the Late Model Division. Legendary competitor Bob Fields won five consecutive in the late model division from 1980 through 1984. Vic Hellis won three consecutive titles twice in his career from 1987 through 1989 and again from 1991 through 1993.

The PGG Enterprises Thunder Cars will be in action for the first points awarding race of the season. The Thunder Cars were in action in April for the inaugural event in the Indiana-Ohio Thunder Car series. Indianapolis driver Dale Harper took home the victory.

The Marcum Welding Front Wheel Drive division will be in action for the first time. Randy Owen is the defending champion.Long-time competitor Bruce McFall won the opening feature event for the Hart’s Auto Figure 8 Division holding off Nick Warner.