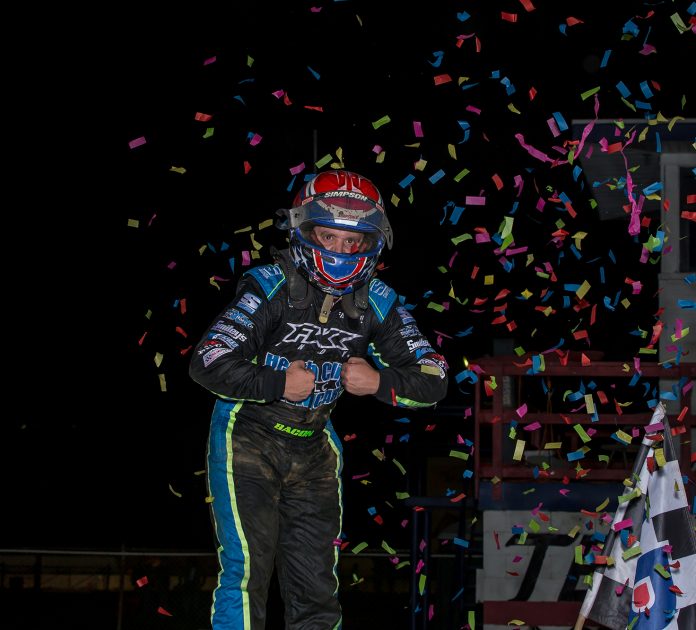 Rob Hoffman returns to turning the wrenches since he retired from being a full-time crew chief in 2017. Over the winter Hoffman has built his own pavement sprint car chassis with one race in mind, the Little 500.

“I don’t like to sit back and watch,” expressed Rob Hoffman – Owner Hoffman Auto Racing. “I built our first pavement chassis in the 1980’s named Genesis. It was practically a gambler (chassis) copy that we transformed from the dirt car to pavement sprint car.”

Hoffman Auto Racing was then able to partner with Rich Vogler who brought his V6 Buick to the team. The team then scored their first USAC National Sprint Car Championship in 1989.  This experience building chassis comes present day as Rob Hoffman is building his eighth chassis to compete in the 2021 Little 500.

“I was looking for a way to get back into racing,” said Rob. “The Little 500 being one event a year is the perfect situation for me. I am excited to have Brady (Bacon) drive the car. He has great talent that will keep him out of trouble.”

Brady Bacon has made four total USAC Midget and USAC Sprint Car starts at Anderson Speedway. His best finish came in 2008 in the 9th Annual Glen Niebel Classic Sprint Car Race where he finished eighth. Bacon will attempt to become the first driver to compete in the Little 500 from the state of Oklahoma.

Bacon has won 35 USAC National Sprint Car Races and three Sprint Car National Championships. The Broken Arrow, Oklahoma native will compete in a race he has never witnessed in person.

“I have raced at Anderson Speedway before but I have never been to the Little 500,” explained Brady Bacon. “Our goal is go and win. The mental aspect of the race I think is going to be the most grueling part. There are many different layers to the race.”

Bacon’s week of Indy schedule will be rather grueling. He will race his non-wing Sprint Car at Terre Haute on Wednesday Night, Dirt Silver Crown Car on Thursday Night for the for the Hoosier Hundred and the Little 500 on Saturday. Bacon and wife Xia have also taken on the task of promoting multiple races a year. They will be promoting the USAC Silver Crown race at Winchester Speedway on Sunday, May 9.

Purchase Tickets today for the 73rd Annual Pay Less Little 500 presented by UAW. The May 29 race boast 33 sprint cars starting in eleven rows of three. All tickets are $40 per ticket and every seat is reserved. To purchase call (765) 642-0206 ex. 121 or stop by the ticket office at the track. For more information visit andersonspeedway.com.