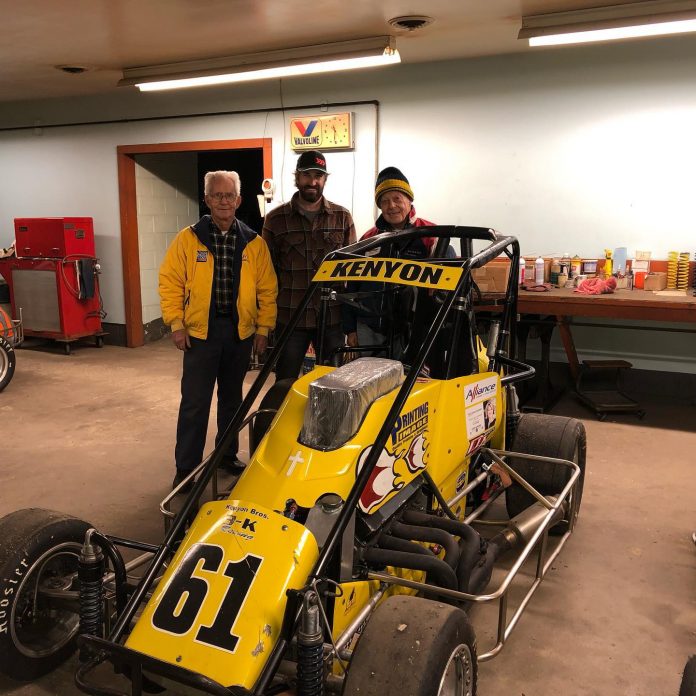 (Lebanon, IN) Officials of the United States Speed Association, LLC and Brad Hayes Racing have announced the sale of USSA and the Mel Kenyon Midget Series to Brad Hayes Racing.  The current USSA partners, Don Kenyon, Eric Bunn and Norm Shields, will complete the 2021 racing schedule and hold the 2021 season Banquet. Brad Hayes and his group will officially take over control of the sanctioning body and series on Monday November 8.

“It is with mixed feelings that I am selling the USSA midget series.  Even though the operation of USSA has changed hands, Mel and I will still be available in whatever capacity we are needed,” commented Don Kenyon. Kenyon has been the President of USSA for its entire 12-year history.

“What an incredible honor it is that Mel and Don Kenyon have entrusted the future of USSA and Mel Kenyon Midget Series to BHR. It is with immense respect and esteem for BHR to continue the series with dedication to Mel and Don’s racing legacies,” said Brad Hayes.

“We are looking forward to working with all current and new teams in the series. We will maintain the history of what Mel and Don have done for the sport, while growing the series with a fresh energy for the 2022 season,” Hayes continued.

We would like to thank everybody associated with The United State Speed Association and our series over the past 12 years including our racetrack partners, our sponsors, our competitors and all the race fans who purchased a ticket for each event.We also wish Brad Hayes and his group all the best for a successful future as the new owners of USSA.