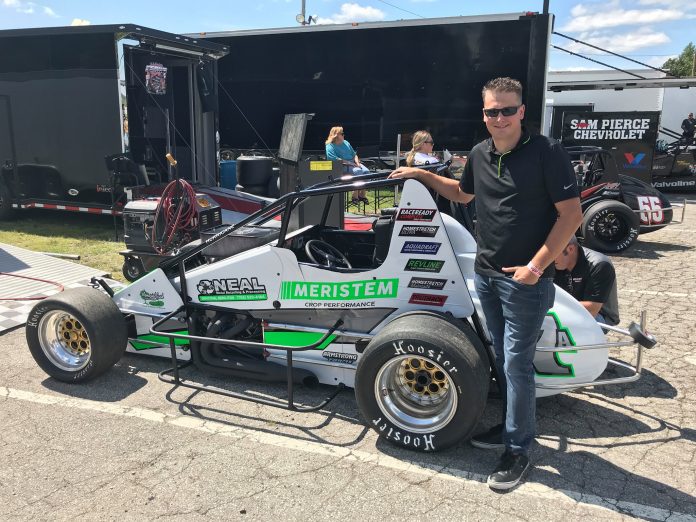 May 25, 2021 – New Castle, Indiana’s Dakoda Armstrong made his Pay Less Little 500 presented by UAW debut in 2007 at the young age of 15. The rookie was impressive. He qualified twelfth-quick and lead 13 laps before dropping out after 229 laps with mechanical issues. His impressive debut laid the foundation for destined future success in the Little 500. But then he disappeared for nearly thirteen years.

Armstrong returned to the Little 500 in 2020 for the first time since 2007. During his Little 500 absence, Armstrong had moved to North Carolina to pursue a NASCAR career and leaving behind open wheel racing. Armstrong qualified the C&A Motorsports entry on the inside of the second row. He would finish twenty-third before being sidelined on lap 167 with wheel issues.

Armstrong is glad to be back behind the wheel of an open-wheel car, and at the Little 500. His first Little 500 in 2007 seems like a lifetime ago but Armstrong recently reflected on it. “There was actually some controversy” laughs Armstrong. “As I remember, USAC was the sanctioning body. With their policy they wouldn’t let anyone under 16 run. Rick Dawson promised us he was going to let us run. He said, ‘I’ll just do it without you guys (USAC)’. Rick did let us run and we led a few laps. I had a mag go out. So far, I haven’t made it halfway in either of my Little 500’s.”

“I moved down south to do some NASCAR stuff. We always wanted to do it again. We started running the “Night Before the 500” in the midget a lot. This race takes a lot of preparation with the fuel rigs and air guns. It’s a cool event. It just never worked out again until last year. I’m excited to get to do it two years in-a-row.”

“We had a fast car last year. I messed up on one of my laps qualifying. Had it not been for that I think we could’ve ended up second quick. In the race we had a front wheel nut come loose on us. It was just one of those freak deals. It never came off, but it was loose. It felt like it was going to come off. I pulled in but we didn’t have a back-up. We were done.”

Armstrong has had plenty of seat time already in 2021. He ran a couple of non-wing pavement sprint car events in Florida in February and has put in some practice time. “I think the early laps can benefit you and it keeps you fresh. We’ve tested a midget at Lucas Oil Raceway and were just at Anderson Speedway the other day. We don’t really run these sprint cars much in the year. When you jump back in, these things are such animals. Anytime you can get in and get laps I think it helps.”