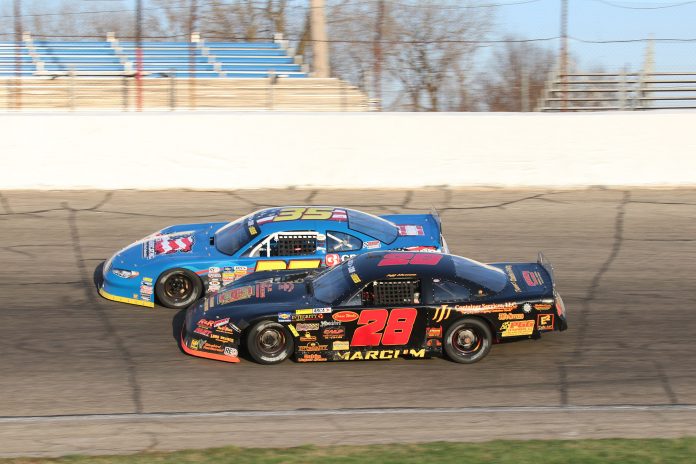 Several super late model competitors will be looking to add their name to the long list of winners at Anderson Speedway. The Champion Racing Association’s Super Series will be competing at the local track for the 69th time since 1997.

Kentucky driver Josh Brock is coming off a win in the pro late model Aerco Heating & Cooling race last weekend. Local driver Greg VanAlst, the 2019 CRA champion, will be looking for a strong start to the season and 2018 champion Logan Runyon will be seeking that first win at Anderson. Among the entries is Casey Johnson, the 2020 ARCA Midwest Tour champion, making his first start in the Super Series. Indianapolis driver Mason Keller will also be making his first super late model start.

The Vores Welding & Steel Street Stocks is making their initial appearance of the year and defending champion Josh Poore is on a mission. Poore has won 47 Street Stock feature races on the high banked quarter-mile oval and is hoping to surpass the record of Rick Fields, who has 51 victories. This is a tune-up for the CRA Street Stocks 150-lap race at Anderson Speedway on June 27. Colby Lane won the opening race at Mt. Lawn and there is sure to be a good field of cars this weekend. Local drivers Ronnie Rose, Dylan Hoppes and Jacob McElfresh, the 2019 series champion, will be competing.

The speedway will be hosting a new division for 2020 with the opening race for the Hart’s Auto Center Ford Division on the oval.The Midwest Champ Karts round out the racing card.Qualifying takes place at 6:30 p.m. with racing action at 8 p.m.Adult admission price is $15, $5 for children between the ages of 5 and 12 and children under 5 are admitted free.