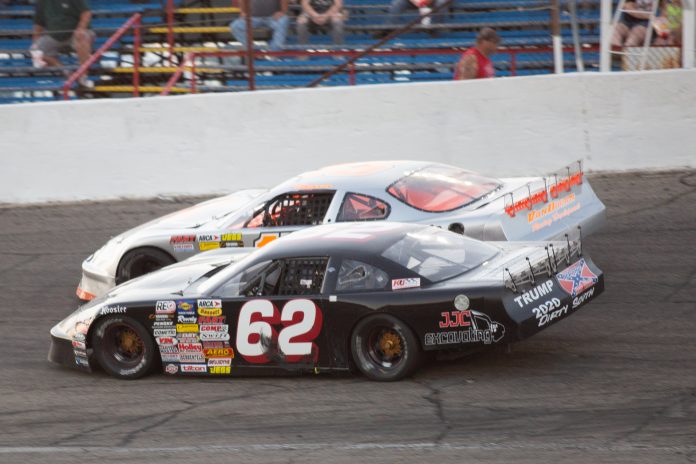 Salem, IN (May 19, 2021) – The ARCA/CRA Super Series Powered by JEGS will continue its 25th Anniversary Season Presented by Team Construction this Saturday in the $5,000 to win Spring Fling 125 Presented by Mitch Smith Auto Service and Perfecto Tool at Anderson Speedway, located in Anderson, Indiana. Anderson Speedway is where CRA and the ARCA/CRA Super Series had its first ever event on Saturday, April 26, 1997, where two time series Champion Brian Ross scored the inaugural series win against a stacked field of drivers.

This event was originally scheduled to be the series season opener on April 10th but was postponed until this Saturday because of weather. Saturday’s event will be the series third event of the 2021 season. Open Wheel star Kody Swanson picked up his first ever series win at Salem Speedway on April 25th. Carson Kvapil picked up his first series win on May 8th at Nashville Fairgrounds Speedway in the North/South Super Late Model Challenge that was co-sanctioned with CRA by the CARS Super Late Model Tour and the Southern Super Series.

Saturday’s event is the first event in the Hoosier Double Down Bonus. A $10,000 bonus will be awarded if a driver is able to sweep both the Spring Fling 125 presented by Mitch Smith Automotive and Perfecto at Anderson on Saturday and the Fly Over States 150 at Winchester Speedway on its yet to be announced reschedule date. Winchester Speedway and Anderson Speedway teamed up to put up this great bonus where one driver could walk away with a minimum of $25,000 if he can win both events, counting the winners share of both events and the Hoosier Double Down Bonus!

Hunter Jack comes into Saturday’s event as the ARCA/CRA Super Series points leader after two events with a third-place finish at Salem and a sixth-place finish at Nashville. Dalton Armstrong is second in points, he is 17 points behind Jack. Scotty Tomasik is third in series points, he is only two points behind Armstrong. Michael Simko is fourth in series points, he is three points behind Tomasik. 2016 series Champion Cody Coughlin is in fifth place, he is 35 points behind Simko. Jack, Armstrong, Tomasik, Simko and Coughlin are all entered for Saturday’s Spring Fling 125 Presented by Mitch Smith Auto Service and Perfecto Tool. Coughlin won both the series regular 125 events at Anderson Speedway in 2020, Armstrong is a former Redbud 400 winner, while Jack won a JEGS/CRA All-Stars Tour event at Anderson during the 2019 season.

The first $1,000 Team Construction 25th Anniversary Season Attendance Bonus will be awarded at Saturday nights event by random draw of all the competitors who have participated in all three series events to date. Those eligible for the drawing include Jack, Armstrong, Tomasik, Simko and Coughlin.

Former series competitor Aaron Pierce, from nearby Daleville, Indiana, is entered to compete in Saturday night’s event. Pierce has been competing mainly in open wheel cars the last several years, including competing in the famed Little 500 at Anderson Speedway.

There will be an open optional practice on Friday, gates open at 3:30pm, open practice will go from 4:30pm until 7:30pm. Pit gates open at 2pm on Saturday. Practice will begin at 4:30pm with Hamke Racecars qualifying starting at 6:30pm. The race program will begin at 7:30pm on Saturday and will include the Spring Fling 125 Presented by Mitch Smith Auto Service and Perfecto Tool. Also racing that night at Anderson Speedway will be Legend cars and the Anderson Crown Vic’s.

For those that cannot attend the Spring Fling 125 Presented by Mitch Smith Auto Service and Perfecto Tool in person, the event will be broadcast live on Speed51 TV. Fans can find more information on the live broadcast by going to www.speed51.com.