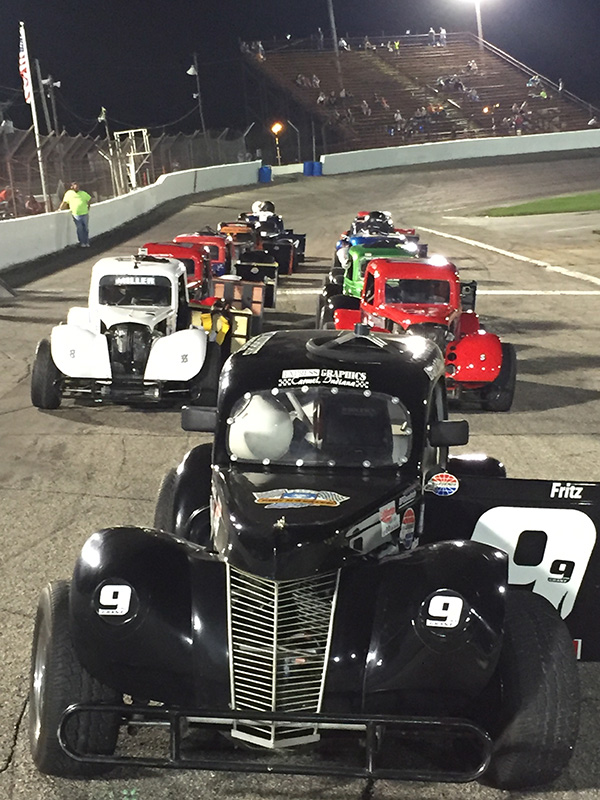 Ohio teenager Zack Miller will be looking to add his names to the record books at Anderson Speedway as a three-time winner of the Grant Fritz/Greg Dietzen Memorial race for Legends cars.
The race started 21 years ago to honor the memorial of two popular drivers in the Legends Division over the years. A different format will be used in 2017 with two 25-lap segments.
Miller is looking for his third consecutive win in the race which would tie him with the mark set by Tennessee driver Daniel Moyes who accomplished the feat from 2010 through 2012.
Kevin Donahugh won the biggest race of the year for the Legends Division in Indiana in 2013 with Taylor Webb scoring the victory in 2014.
Miller won the most feature race for the Legends drivers at Anderson Speedway holding off his brother Ryan, and Caleb Heady at the finish.
Indianapolis driver John Edsall III also has a win on the high-banked quarter mile oval.
No Madison County driver has won the Fritz/Dietzen Memorial with Frankton’s John Robbins recording five top ten finishes in the past six years.
The Anderson Speedway Late Models return to action with defending champion Jeff Marcum looking for his fifth win of the season.
Other winners in Late Model action include Aaron Pierce, Kent Baledge and Scottie Tomasik.
The Harts Auto Figure 8 Division will be in action where Shawn Cullen will be seeking his fifth consecutive win. Curtis Chapman has two wins and Ronnie Phipps has visited the winner’s circle once in 2017.
The Indy Champ Karts return for more exciting drafting action on the Anderson Speedway oval.
Qualifying is set for 6:30 with racing at 8 p.m. Adult tickets are priced at $12 and $4 for children between the ages of five and 12.