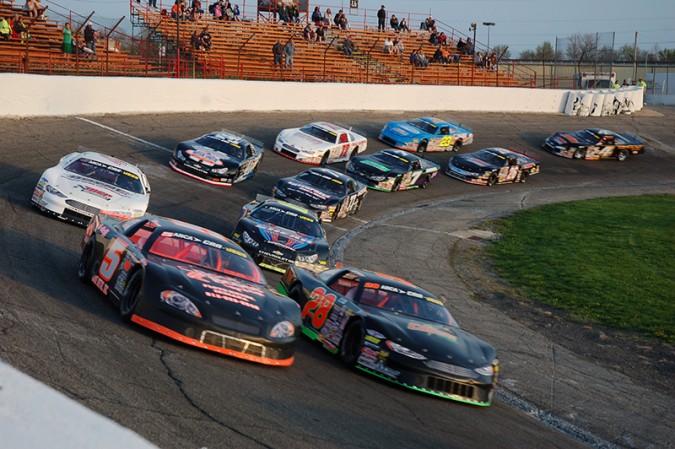 With a forecast of rain throughout the entire day and cool temperatures, Anderson Speedway officials have decided to move this Saturday night’s race program to Sunday afternoon for the ARCA/CRA Super Series Powered by JEGS and the USSA Sprint Car Challenge Series

Two regional touring series will be making their first visit of the season at Anderson Speedway this Sunday Afternoon, providing fans with plenty of fast paced action.

Super Late Models and non-wing Sprint cars on the same racing card is a unique opportunity for fans of either form of racing to be exposed to a different form of excitement.

The ARCA/CRA Super Series Powered by JEGS will be in action in the Madison County Community Health Center 125. Anderson Speedway has hosted 56 Super Series events and was the site of the first race back in 1997.

A strong field of cars is expected for the 125-lap race which is featuring an increased purse of $4,000 to the winner.

The 125-lap feature is considered a tune-up for the Stoops Freightliner Red Bud 300 on July 18.

The United States Speed Association’s Sprint Car Challenge Series Built by the UAW will be in action for the first race of the 2015 season.

Defending series champion Chris Neuenschwander will be looking for his first win in the Glen Niebel Classic 100. He will be joined by Aaron Pierce, Donnie Adams Jr. and rookie contenders Tony Main and Jason Fuller.

The Glen Niebel Classic is the only appearance at Anderson Speedway before the 67th running of the Pay Less Little 500 presented by UAW-GM on May 23.