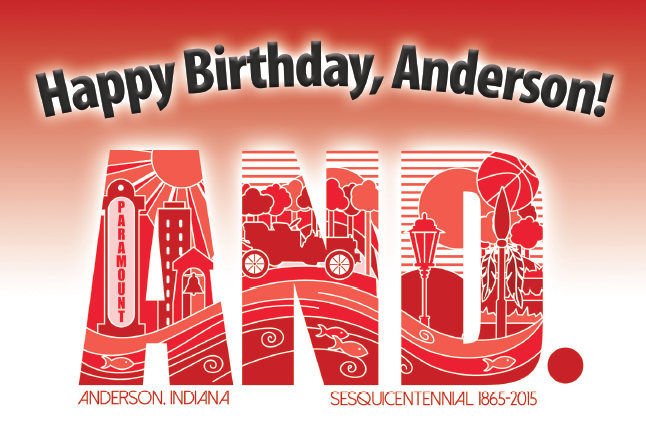 Anderson Speedway will play host on Saturday to one of the official Anderson Sesquicentennial Celebration events, marking the city’s 150th birthday.

Ticket prices for the City of Anderson sesquicentennial celebration presented by Anderson/Madison County Visitors Bureau, are $5 for adults and children 6 years of age and over.

The racing card is highlighted by the return of the McGunegill Engine Performance Late Models.

Jack Dossey III has recorded four wins this season and is the current point leader, Jeff Marcum has found his way to the AutoFarm McCrocklin Ford Winner’s Circle twice this year.

Other winners in 2015 include Scott Tomasik. Teenager Billy VanMeter won the last visit by the Champion Racing Association Late Model Sportsman with Greg VanAlst the other CRA winner.

The Marcum Welding Pro Compacts return with many of the drivers competing two weeks ago with the Vore’s Compact Touring Series.

Adam Lee with six wins suffered a setback during Vore’s competition when he lost an engine in his primary car and a back-up. Randy Hoppes, Ryan Claborn and Jeff Williams have all recorded feature wins this season. Trent Gossar won one of the two features in Vore’s competition at Anderson Speedway.

Jeff Swinford has put together a dominating season in Harts Auto Figure-8 competition winning six of the seven features. He will be looking for his sixth consecutive victory after passing Nick Warner in the final stages of the final event.

Gates open at 5 p.m. with racing action starting at 8 p.m.