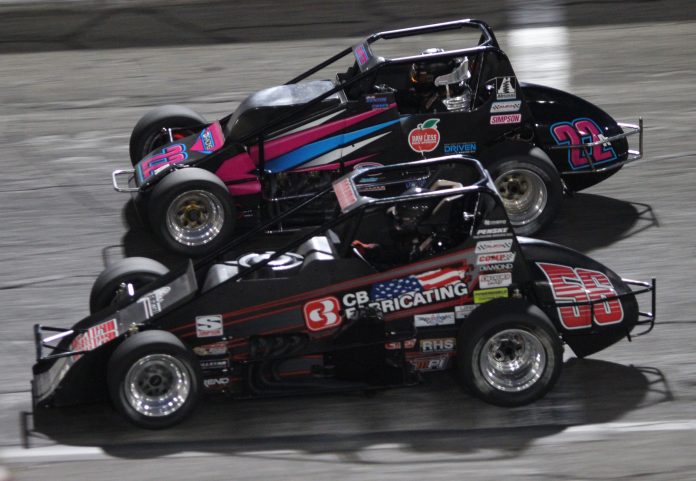 “Sprint Car Racing at Anderson Speedway has become a staple,” said Jared Owen – Vice President of Operations at Anderson Speedway. “We are enthused by the support from the drivers, fans and our partners. We are looking to continue to build these great races into events for all to come and witness.”

The 73rd Annual Pay Less Little 500 presented by UAW will return to its traditional date of the Saturday of Memorial Day Weekend. The legendary race will once again boast a starting field of 33 drivers starting in eleven rows of three. The Little 500 schedule remains the same for 2021 as in past years. Practice for all competitors will be on Wednesday May 26, CB Fabricating Pole Day on Thursday May 27 and Bump Day on Friday May 28. Over 40 cars are once again expected to compete for the coveted 33 starting positions. Bobby Santos III (Franklin, Massachusetts) will be looking to win his second consecutive Little 500 driving for DJ Racing.

In addition to the Little 500, three sprint car races will be run. Back in 2018, Anderson Speedway added more sprint car races to the calendar outside of the traditional two races a year (Little 500 and Glen Niebel Classic). This expansion in the schedule has provided growth to pavement sprint car racing in the region.

“Anderson Speedway has played a vital role in the new enthusiasm that surrounds pavement sprint car racing,” Tyler Roahrig – Two-Time Glen Niebel Classic Winner. “They have given teams multiple chances to race each year. This has certainly made the division much more competitive and fun. I always look forward to competing at Anderson Speedway against top notch competition.”

The other two sprint car races will be contested on July 31st and October 2. The October 2nd race will once again bear the name of Tony Elliott. Elliott was one of the toughest competitors in Anderson Speedway history. The Warsaw Indiana driver was known for his compassion and infectious smile. Sprint Cars will compete in the Tony Elliott Classic for the 6th consecutive year. Bobby Santos III continued his winning success and won the race in 2020. In addition to the sprint cars, full size pavement midgets will return to the speedway and compete on the same night. Pavement midgets will race twice at Anderson Speedway in 2021 on July 10 and October 2.

Tickets are now on sale for the 73rd Annual Pay Less Little 500 presented by UAW. All tickets for the event are $40 and every seat is reserved. You can purchase tickets by calling (765) 642-0206 ex. 121. For more information on Anderson Speedway visit www.andersonspeedway.com.