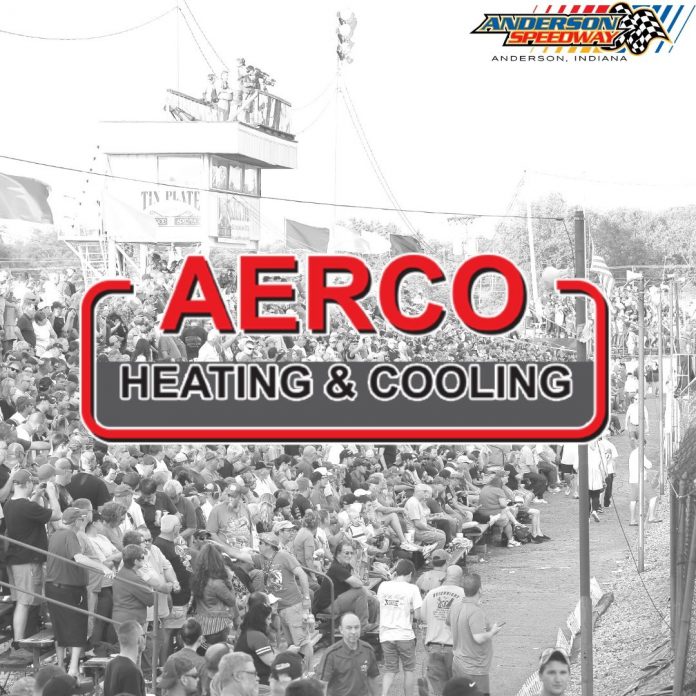 “We are very excited to continue the partnership with AERCO Heating & Cooling” stated Gary Mong – Anderson Speedway.  “Shawn Dickey and the entire AERCO team are a pleasure to work with.  Their professionalism and service are top notch. We also enjoyed having Mandy Dickey sing the national anthem on many occasions in 2019.”

In 2020, AERCO Heating & Cooling will be a presenting sponsor for the CRA Street Stock 150 on August 15 and CRA JEGS All Star Race on June 13. The JEGS/CRA All Stars return to Anderson Speedway for the second year in a row. This division of late models that requires crate engines. Hunter Jack of Auburn, Indiana picked up the victory over Florida’s Steve Dorer. Many local drivers have committed to racing the 2020 100-lap race including Jack Dossey III and 2019 Anderson McGunegill Engine Late Model Champion Zachary Tinkle.

The CRA Street Stocks will compete in two 150 laps races in 2020 at Anderson Speedway. Once in June and again in August. Rain plagued the race in 2019 and saw the race postponed until August.  When the race took the green flag, Owensboro, Kentucky’s Brett Hudson took the checkered flag besting local driver James Kirby III.

AERCO Heating & Cooling is a locally owned and operated heating and cooling business. They provide certified installation and service of furnaces, air conditioners, heat pumps, boilers, and geothermal systems. They have over 50 years of experience helping patrons of East Central Indiana. AERCO offers several financing options. Call them today at (765) 644-6111 to schedule an appointment or receive a quote.