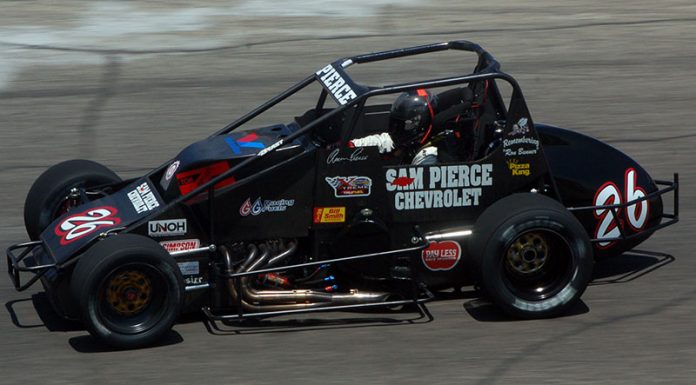 The first official entry has been received for the 67th Pay Less Little 500 on Saturday, May 23 at the high-banked quarter-mile Anderson Speedway. Car Owner Sam Pierce filed the entry for two-time race runner-up Aaron Pierce of Daleville, Ind.

Pierce will be attempting to make his13th consecutive appearance in the Pay Less Little 500. He has earned the pole position for this prestigious event twice (2006 and 2011). Pierce’s best finish in the Pay Less 500 has been two runner-up finishes, in 2004 and 2007, both to Eric Gordon.

In last year’s event, Pierce grabbed the lead at drop of the green flag. He led the opening 43 circuits before making hard contact with the turn 4 wall. He finished in 30th spot.

Pierce scored two wins with the MSRXSS in 2014 at Anderson Speedway and also placed runner-up in the Glen Niebel Classic event with the USSA Non-Wing Sprint Car Series.

Ticket reservations are available for the Pay Less Little 500 at $30 per seat. All seats are reserved.