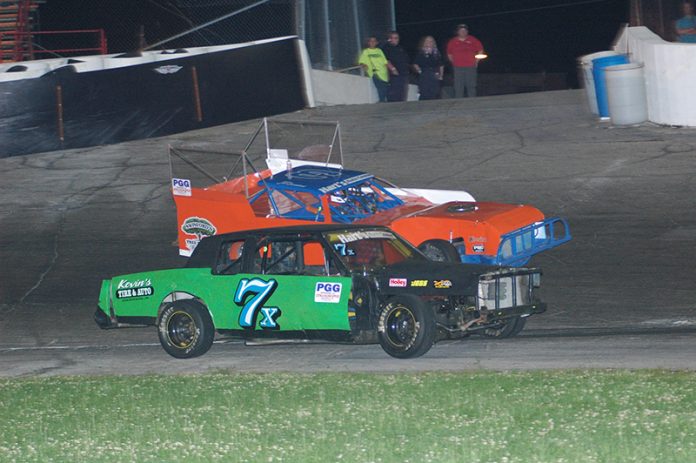 The oldest continuous stock car race in North America will be taking place this Saturday at Anderson Speedway with the 66th running of the National Crown.

The first National Crown was run in 1950 and the Harts Auto Figure-8 Division drivers will be competing for the $1,200 first place money on Edgewater Woods Alzheimer’s Awareness Night at the track.

The National Crown is the biggest race of the season for the Anderson Speedway Figure-8 Division.

Joining the Harts Auto Figure-8 Division on the racing card is the Anderson Speedway Street Stocks where Josh Poore emerged as the victor the last time the division was in action on July 11.

The Marcum Welding Pro Compacts return to action after taking a break following the July 4 race won by Jeff Williams.

Williams joined the ranks of winner’s in the division along with Adam Lee and Randy Hoppes.