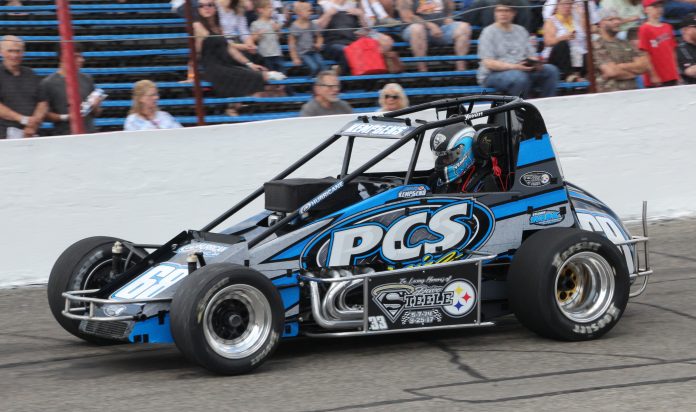 Anderson, Indiana (March 23, 2018): The tradition of Florida drivers making the long drive north to compete in the greatest non-wing sprint car race will continue. The sunshine state has produced some of the greatest drivers in Little 500 history.  Wayne Reutimann was the first Florida driver to win in 1979. The first win didn’t happen as simple as one might think. The race would be completed by Ohio’s Danny Smith. Danny Smith ran the final 9 laps while Reutimann was transported to the hospital for a concussion. This was just the fifth time the race had co-winners. 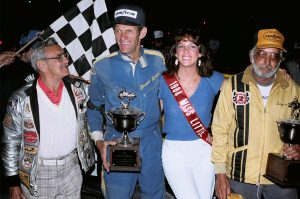 Frank Riddle was one of the first to start the annual trek from Florida each year. He made the journey for 16 years and always told fans he considered Anderson his home away from home. Frank Riddle picked up wins in 1984 and 1985. Riddle also is tied with the most pole positions in the Little 500 with five. 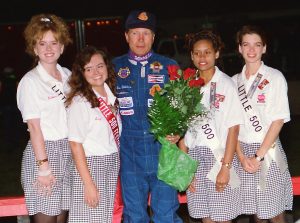 Jim Childers came on the scene in 1986. He was able to take the George Rudolph Jr. owned car to victory twice in 1992 and 1994. Jim Childers third win came in 2000. He was in second to another young racer from Florida, Dave Steele. Steele was leading with three laps remaining and ran out of fuel. Childers would go on and collect the win for car owner Jim Riddle.

In recent times we remember the great drives of Dave Steele. He picked up two wins in 1996 and 2009. He returned for the Little 500 in 2015 to charge through the field and challenge Chris Windom for the win. He came up just short and finished second. He once again returned in his own car in search of that third win. He would once again finish second to Kody Swanson. He had planned on making the 2017 Little 500 his last. Unfortunately, he never got that chance.

Florida will once again be represented in the 2018 Pay Less Little 500 presented by UAW-GM. Two drivers from the Sunshine State have so far filed entries for the May 26th Classic. Mickey Kempgens of Tampa, Florida and Tommy Nichols of Plant City, Florida.

Kempgens, of Tampa, Florida, will be attempting to make his 6th Pay Less Little 500 presented by UAW-GM and fifth consecutive start. Kempgens had an interesting 2017 Little 500 week. After practice on Wednesday was cancelled due to rain, it pushed all of practice to pole day. After the first day of qualifying he was in the 32nd position. On day two of qualifying the team withdrew their qualifying time. On his requalification run he qualified in the 16th position. That is the highest a team can qualify on day two of qualifying. If he 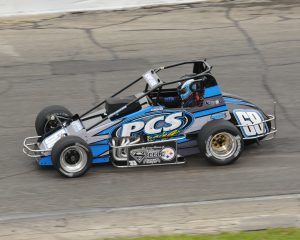 would have been able to put the same run together on pole day, he would have qualified 8th. Kempgens was patient in the race and finished his personal best of fifth place in 2017.

He was also the highest finishing driver from Florida and received the Frank Riddle award.
Kempgens also competes full time in the Southern Shootout Sprint Car Series. Through four races in the 2018 season he leads the points with 4 top 5’s. The team will continue to receive sponsorship from PCS Racing and Team MKGraphics.

Nichols is a long-time racer with over 20 years of experience. He has made starts in multiple series including ARCA, Indy Lights, and Winged Sprint Car Racing. Nichols is currently running the Southern Shootout Sprint Car Series in Florida. With four races completed in the 2018 season, he has scored two top five finishes. 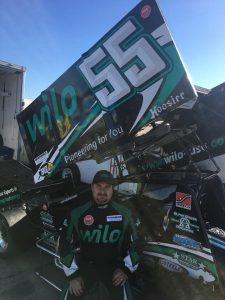 Nichols will receive support from Illinois based company Wilo-USA. Wilo-USA is a world-class water and wastewater pump manufacturer.