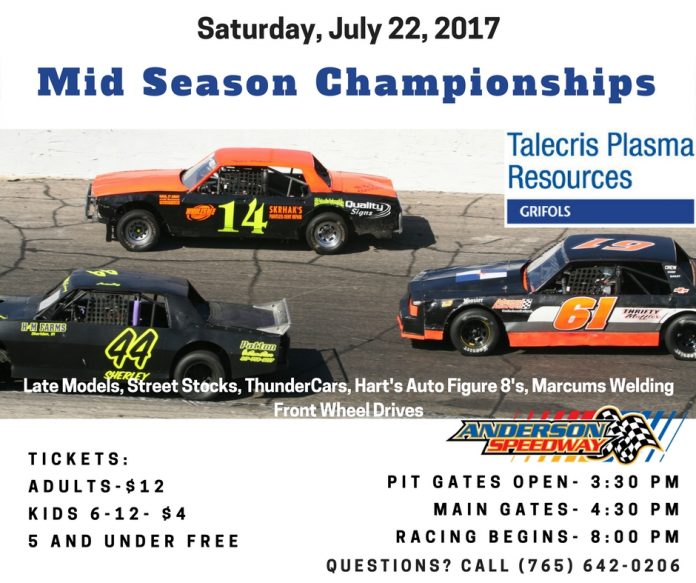 The other two special 100 lap races will be for the Late Models on August 5 and the Thunder Cars on Sept. 23.

Anderson’s Josh Poore has won the first two feature events for the Street Stocks and is chased by Andrew Cook in the point standings.

With no CRA Street Stock events scheduled until Aug. 5 a strong field of cars is anticipated for the Anderson race.

Jeff Marcum is the current point leader in the Late Model Division with two wins with Aaron Pierce and Kent Baledge also pulling into the winner’s circle. Baledge is the most recent winner.

There have been four different winners in the Thunder Car Division in five races with Brad Cain having captured two feature wins with Ronnie Rose, Earl Adams and Randy Hoppes scoring victories. Adams won the 100-lap feature for the division earlier this year.

Cain leads Jeremy Threet by 29 points in the battle for the championship.

Coming off a win in the National Crown for the Hart’s Auto Figure 8 Division Shawn Cullen has three wins on the season with Curtis Chapman and Ronnie Phipps both recording feature wins. Cullen leads Chapman by 19 points in the standings.

Ron Phipps has won all four features in the Marcum Welding Front Wheel Drive Division this season in his quest for the championship.