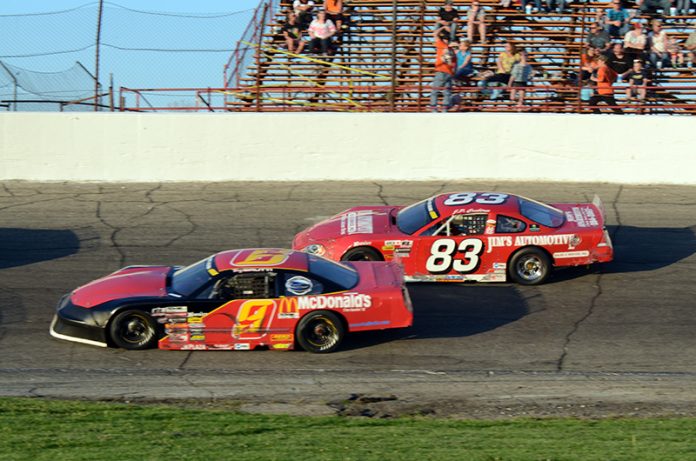 Jeff Marcum is the current point leader in the McGunegill Engine Performance Late Models and will be seeking his third win of the year on Murat Shrine Night at the Races.

Jack Dossey III scored the win in the first feature of the year and since that time Eddie VanMeter has won twice when the CRA Sportsman Late Models join the local division and Terry Fisher Jr. has one CRA win.

Brian Morrow is second in the point standings and is still looking for that first feature win of the year.

The Kenyon Midget Series is making its fifth visit to Anderson Speedway with a different driver visiting victory lane in the previous trips.

Alexandria’s Clayton Gaines is the most recent winner with Kyle Hamilton, Nick Hamilton and Dameron Taylor all scoring victories on the high-banked quarter mile oval.

The Vore’s Compact Touring Series is making their second appearance of the year with Jeff Williams winning the last stop at Anderson.

Andy Jennings is the point leader with three wins on the year followed by his brother Chris, with two wins. Other winners include Dan Irvine, Terry Eaton Jr. and Matthew Morris have visited victory lane this year.

The VROA Modifieds are returning for the second of three scheduled stops at Anderson Speedway in their vintage Modifieds. Tom Boorsman won the feature event in June.

Don Deyman and Boorsman each have three feature wins on the year with Joe Maize and Terry Byrne winning once.