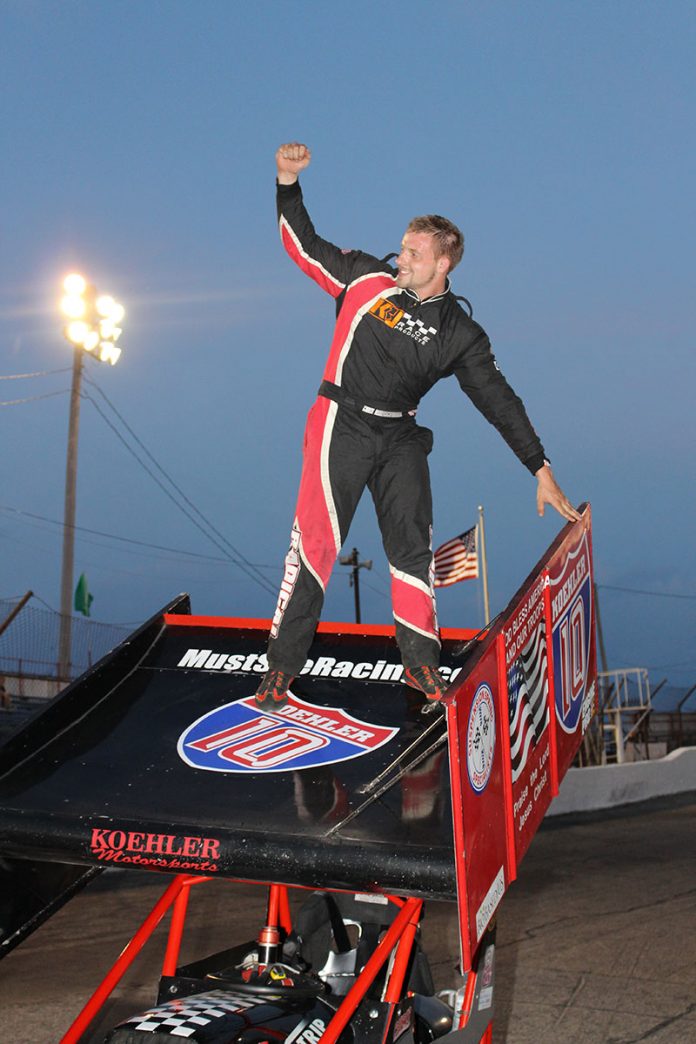 Chris Neuenschwander dominated the winged sprint feature to score his first ever win at Anderson Speedway.

Neuenschwander started on the outside of the front row Wednesday alongside Pay Less Little 500 driver Jeff Bloom for the Ivy Tech 60 presented by Sam Pierce Chevrolet.

He jumped into the lead when the caution flag waved after one lap when Brad Wyatt lost a right front tire entering turn one.

Following the restart first Jimmy McCune and then fast qualifier Jacob Wilson got around Bloom and challenged Neuenschwander for the top spot until the 40 lap mark.

At that point Neuenschwander opened a comfortable lead while McCune and Wilson fought for the second spot, which was the best battle on the track.

Pierce trailed Bloom for the fourth spot until lap 36 when Bloom pulled into the infield.

For Neuenschwander it was his first victory with the Must See Racing Series and snapped McCune’s three-race winning streak at Anderson Speedway.

Helped by the luck of the draw Nick Hamilton started on the pole position for the 30-lap feature but he had to survive a challenge for the point over the entire distance.

Jones made contact with another car while battling for third and came to a stop along the fourth turn wall.

That bunched up the field with Osborne, looking for that first career feature win, mounted a spirited challenge looking to make the pass of Hamilton on the low side.

A second caution period at lap 20 kept the field bunched with the front runners running nose to tail on the Ivy Tech restart.

Taylor slowed on lap 26 which allowed Ashlea Albertson to move into the top five. Osborne made a final attempt to grab the lead coming off the final corner on the last lap but was unable to beat Hamilton to the finish line.

Doug Dugger took the early lean with Robbins and Osborn glued to his rear bumper. Robbins made the pass for the lead on the eleventh circuit when he got inside of Dugger on the front straight.

Dugger continued to hold down the second pit until the final stages of the race when he was passed by Osborn and Mike Meyer.