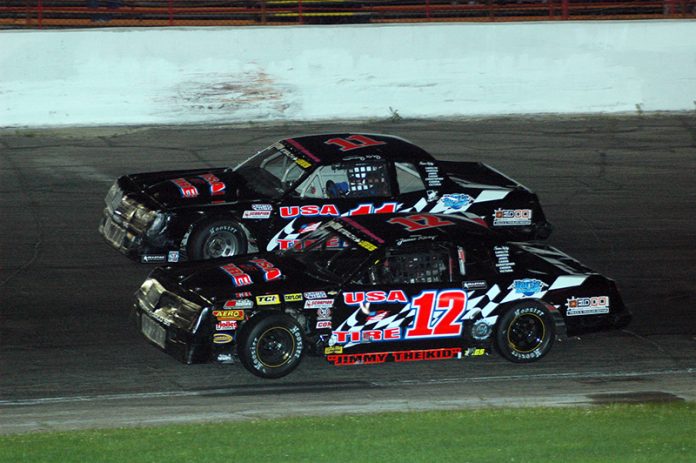 The McGunegill Engine Performance Late Models top a full card of racing action this Saturday at Anderson Speedway along with the return of the Street Stocks.
Jeff Marcum is the current point leader finishing second in the season opening race to 2015 champion Jack Dossey III and recording a runner-up finish to Terry Fisher Jr. in the first visit of the Champion Racing Association’s Sportsman Late Models.
Qualifying is set for 5:30 p.m. with racing action starting at 7 p.m.
The Street Stocks will make their initial appearance at the speedway in advance of the return of the CRA Street Stocks on May 14 for a 75-lap feature.
Defending Anderson Street Stock champion Josh Poore is coming off a dominant performance at Shady Bowl Speedway winning the 200-lap feature for the CRA division.
Jason Atkinson, defending CRA champion finished second followed by Ryan Amonett. Jeff Lane won the opening race of the season at Lucas Oil Raceway.
Jeff Williams leads the Marcum Welding Pro Compacts back into action with other top drivers including Nick Warner, Kevin Harmon and Ryan Claborn looking for that first 2016 win.
Williams won the opening night race for the division and followed that up with a victory in the Vores Compact Touring Series.
The Indiana Champ Car Series for go karts will be making their first ever appearance at Anderson Speedway.
Adult tickets are priced at $12 with $4 admission cost for children between the ages of 6 and 12.