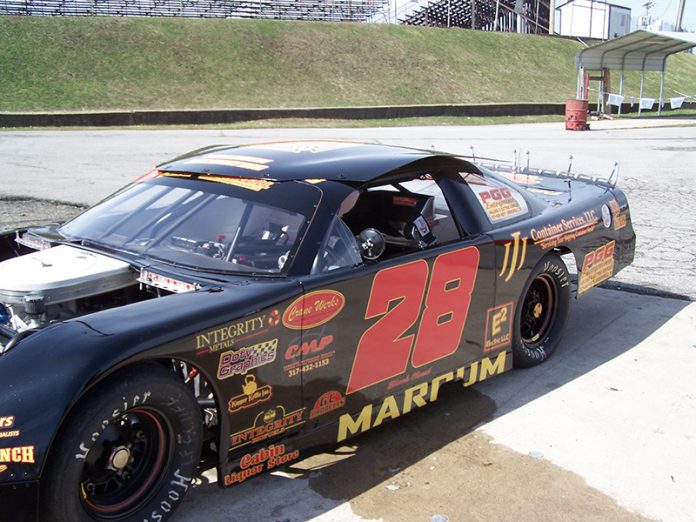 Twenty-two teams in seven different divisions took advantage of spring like weather last Saturday for the opening day of practice at Anderson Speedway.

Seven Kenyon Midget and six Pro Compact teams made up the majority of the competitors with many of the young drivers in the midget series taking their first laps at Anderson Speedway.

Jeff Marcum and Wes Russell were both shaking down new McGunegill Engine Performance Late Models in anticipation of the season opener on March 26.

Marcum turned an unofficial practice lap at 13.6-seconds before a mechanical problem.

It was about what I was expecting the first time out with a new car,” Marcum said. “I wasn’t expecting to drop a valve. We went with a different value than we wanted to.

Marcum said the car had a lot of rear grip which he wasn’t anticipating.

“We’ve had a lot of bad luck in the past, kind of like a black cloud hanging over our head,” he said.

Russell was testing a new car he built from the ground up, one he will be making available to other drivers during the season.

He turned an unofficial lap of 13.73-second before breaking a lifter.

“We had a parts failure,” Russell said. “We came over to shake the car down today.”

Russell said he is planning to run most of the late model shows at Anderson Speedway.

“Want to make sure the car is running okay before I put somebody else in the car,” he said. “There are some guys interested in buying it.”

James Kirby III was testing a brand new Street Stock and will again be a teammate to his dad, Jimmy Kirby.

The elder Kirby said the plans for 2016 are to run all the Champion Racing Association Street Stock races and the five Street Stock events at Anderson Speedway that are non-points events.

Kirby III said the car was a little tight in the middle of the corners but turned an unofficial lap of 14.69-seconds.

The day ended early with a transmission problem.