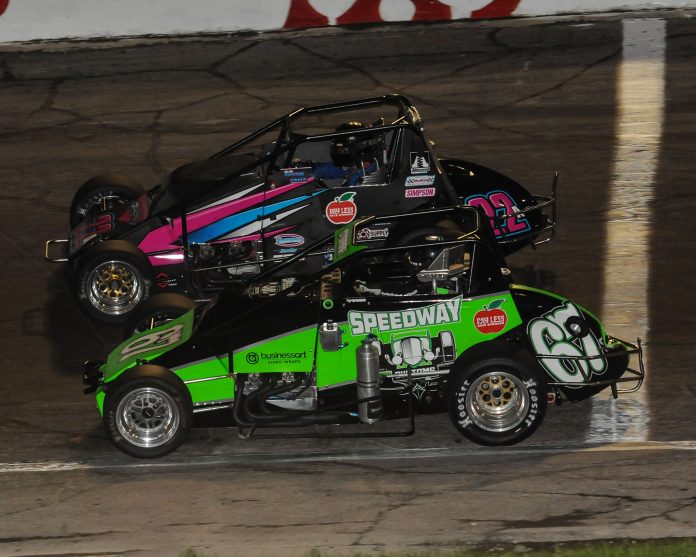 Anderson, Indiana (September 12, 2019) The 20th Annual Glen Niebel Classic is to take place at Anderson Speedway for this season’s second Thursday Night Sprint race on September 12th.  This will be the fourth non-wing sprint car race of the season at the quartermile, high banked bullring. One more non-wing sprint car race is set to take place on the first Saturday in October.  The Thursday Night Race will honor the name of long time car owner and engine innovator, Glen Niebel.

Kody Swanson of Kingsburg, California has won all but one non-wing sprint car race at Anderson Speedway in 2019. Those wins include his third Pay Less Little 500 presented by UAW. Swanson will be back in the Gene Nolen No. 4 and looking for his second consecutive Glen Niebel Classic win.

Aaron Pierce (Daleville, Indiana) returns to Anderson Speedway leading the charge to stop Kody Swanson. After a disappointing Little 500, Pierce returned in June and dominated the Thursday Night Sprint race on June 20th. On UAW Night at the Races in August, Pierce led the first 113 laps. He got stuck in lap traffic and was passed by Swanson. Pierce will be in search of his 7th win in the Glen Niebel Classic.

The inaugural Glen Niebel Classic winner, Eric Gordon (Fortville, Indiana) will be back behind the wheel for the 125 Lap race. The 9-time Little 500 winner will be driving once again for Doran Enterprise No. 77. Gordon ran two of the 125 lap races last season. His highest finish being fourth in the Tony Elliott Classic.

Tyler Roarhig (Plymouth, Indiana) has made some major gains in his non-wing sprint car program. With a win in last year’s Tony Elliott Classic, the team has continued to pick up wins in 2019. He brings his Evan Jackson powered sprint car looking to improve on his third-place finish in August.

Cousins Caleb and Dakoda Armstrong have entered the 20th Annual Glen Niebel Classic presented by CB Fabricating and Thompson Insurance. Caleb, a former pole sitter of the Little 500, will be back in his familiar Randy Neal/Neal Recycling No. 7c. This will be his second non-wing start at Anderson Speedway after a disappointing Little 500. C. Armstrong was able to pick up the win when the sprint cars returned to the high banks of Winchester Speedway in June. Former NASCAR Xfinity driver Dakoda Armstrong will be back in the family sprint car. Armstrong made his first voyage back into sprint car racing last month.

Johnny Gilbertson (Tampa, Florida) is the lone Florida driver entered for this Thursday’s race. The Southern Shootout Series former champion will be making his first start outside of the Little 500.

The 20th Annual Glen Niebel Classic will have live flag to flag coverage on Speedshifttv.com.

The Glen Niebel Classic presented by CB Fabricating and Thompson Insurance is scheduled for Thursday, September 12. Front Gates will open at 5:00, Qualifying at 5:30, and Racing set to begin at 7:00pm. Joining the non-wing sprint cars on Thursday are the K&M Tool and Die Mel Kenyon Midgets, and Thunder Roadsters. Admission is $15 for Adults, Kids (6-12) $4, and Ages 5 and under Free.