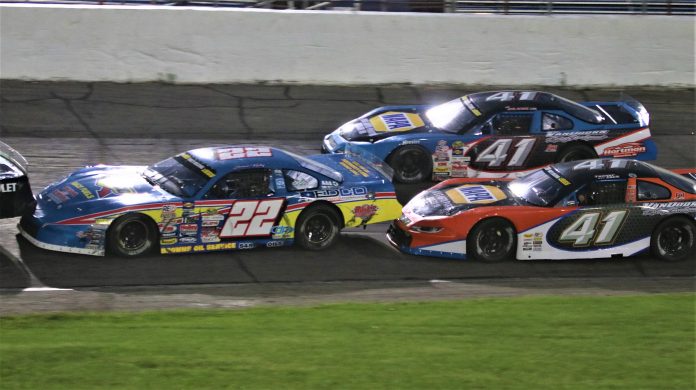 Anderson, Indiana: Action Entertainment has released the 2021 racing schedule for Anderson Speedway that celebrates its 74th season at the high-banked quarter-mile oval.

The 73rd Pay Less Little 500 presented by UAW will headline the season once again on Saturday, May 29. The Little 500 will boast the starting field of eleven rows of three with the best sprint drivers in the country. In 2020, Bobby Santos III captured his first Little 500 win.

The 55th Annual Redbud 400 presented by Mitch Smith Auto Service and Perfecto will run on Monday, July 12. The race will feature the ARCA/CRA Super Series Late Models competing in a 400-lap event with pit stop action. Carson Hocevar captured the 2020 Redbud 400 on his way to claiming all of the CRA crown jewel races (Anderson, Winchester, and Berlin). Non-Wing Sprint Cars will once again compete on the Saturday leading up to the Redbud. Sprint Cars will be joined by Pavement Midgets for their first visit to Anderson Speedway in almost a decade.

Outlaw Figure 8’s return to Anderson Speedway for two appearances in 2021. The first coming on the popular Best Way Disposal Figure 8 Madness on Sunday, July 4. The second race is the End of Season Bonanza on Saturday, October 9.

The ARCA/CRA Super Series Late Models will make their first appearance of the season on April 10. The race, 125 laps in distance, has been used as a tune up for the Redbud 400.  JEGS/CRA All Stars return to Anderson Speedway on June 12.

Long distance street stock races have been a main stay at Anderson Speedway for the past decade. In 2021 two 150 CRA Street Stock races make their way onto the schedule (June 26 and August 14). The races will count only green flag laps.

The Night of Thrills on September 4th will continue to be some of the most popular and exciting nights at the Speedway.

The VORES Compact Touring Series will make two visits to Anderson Speedway. They will compete in a “Golden Ticket Race” on April 17 and the Greg Isabell Memorial 66 Lap simulated pit stop race on June 26.

For a limited time, Anderson Speedway is offering special ticket packages that include a 10 pack for $80 and a 20 pack for $150. Stop by the main ticket office Monday through Friday from 10a.m. to 4p.m. to pick up your tickets or contact the ticket line at 765-642-0206 ext. 121 to secure your discounted tickets.