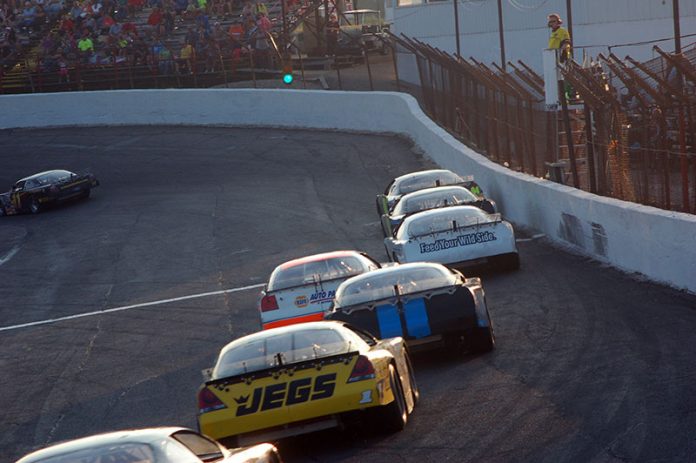 The JEGS/CRA All-Stars Tour Presented by Chevrolet Performance will head to Anderson Speedway for the Edgewater Woods 100 Presented by JEGS.com. This will be the fourth visit to the fast quarter mile oval and marks the 50th series event to date for the crate late model series sanctioned by Champion Racing Association now in its fourth season.

Topping the list of entries is the only series driver to ever visit victory lane at Anderson Speedway, Glen Ellyn, Ill., driver Trent Snyder. He has ties to the Anderson area and has kept his fans in that area very happy, fighting off all challengers to get victories in this event in 2011, 2012 and again in 2013 when he had to beat one of the best in the business, Georgia ace Bubba Pollard.

As it has been all season, Snyder will face a tough group of series regulars lead by current point’s leader Dan Leeck, who holds a slim three point lead over Josh Nelms. 2013 Rookie of the Year Corey Deuser is third in the standings with Grant Quinlan and Dalton Armstrong rounding out the top five.

Florida native and part-time competitor Steve Dorer is entered, he was the winner of the Stoops Freightliner Redbud 300 in 2011, as well as a runner-up finish in 2012 and fourth place finish in the 2014 version on June 14. Another part-time series regular entered is Keith Sterkowitz of Cedar Lake, Ind., who has also gotten several Vore’s Welding CRA Late Model Sportsman victories at Anderson. Also Kentucky driver Kevin Willis, who got a sixth place finish in his series debut at Salem Speedway.

There are several drivers entered hoping to make their 2014 debuts including Quinntan Bear who is currently eighth in Vore’s Welding CRA Late Model Sportsman points with a season high second place finish at Anderson on June 13. Also Jack Dossey Jr., who has wins in multiple divisions at Anderson, MEP Late Model winner Josh Cave and Mike Zielezinski in the Lorz Motorsports entry will be racing at Anderson. 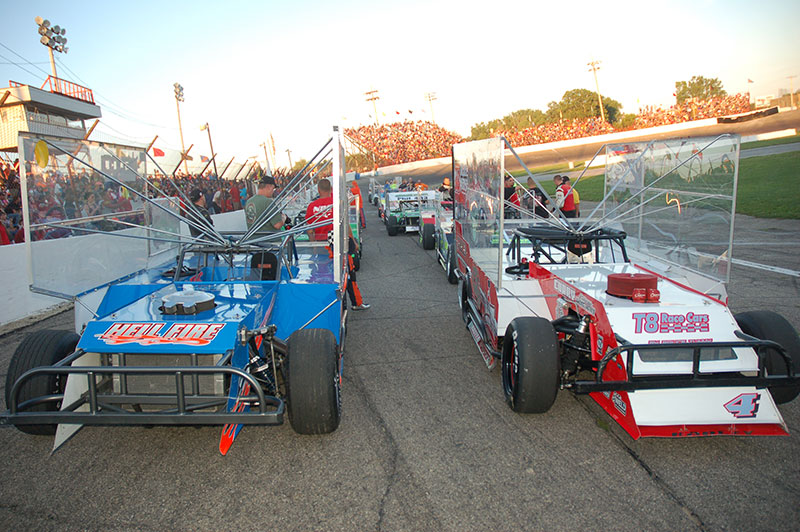 RJ Norton Jr. headlines a list of diverse champions when the Winged Outlaw Figure 8 Series (WOFS) returns to racing action at Anderson. It will be event number three on the 2014 WOFS schedule.

Norton’s July 4 victory puts him in the thick of the WOFS championship chase. Norton sits only five points behind current leader Mike Hadley Jr. entering Saturday’s event. Jeff Shackelford lurks behind in third place only six points behind Norton. The top five in points are separated by only 21 points.

Saturday’s event will begin the busiest stretch of racing for the WOFS in 2014. It will be the first of three consecutive weekends of racing. The series will next visit Kentucky Motor Speedway in Whitesville, KY on August 3 and return to Anderson Speedway for the 65th annual National Crown on August 9. The National Crown will pay a whopping $3,000 to win the 100-lap marathon.

Jacob Garrigus holds a commanding lead for Rookie of the Year honors by virtue of his 87 point advantage over Danny Stanley Jr.

The nights racing action will be capped off with a 50-lap feature event for the “Fastest Figure 8 Cars in the World”.

On Saturday, in addition on the racing action, Wheel Chair Races will take place along with a Henry County Sheriff’s Department K-9 Apprehension Demonstration