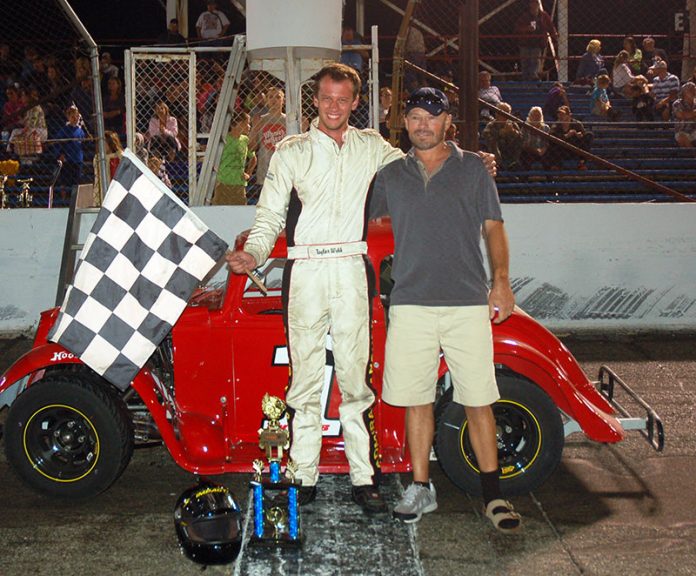 Eric Black, looking for his second win of the season, took the early lead but he only maintained it for a lap with Webb making the pass on the inside going down the back straight.

With Webb in the lead there was plenty of racing action in the pack with Gerad Miller making a move on the inside to pass Black entering turn three.

John Robbins and Zach Miller swapped the fourth position several times in the first half of the race with Alec Webb passing both Miller and Robbins by the mid-point of the feature.

Black lost the second spot when he spun coming off the fourth corner with just three laps remaining.

Taylor Webb was able to hold off his brother who was able to get around Gerad Miller on the restart.

Following Taylor and Alec Webb to the checkers were Gerad Miller, Robbins and Zach Miller.

“I was a little nervous when the caution flag waved,” Taylor Webb said in the Tim Thompson Nationwide Insurance Winner’s Circle. “I was able to get a good restart and held the bottom groove to the finish.

“Early in the race I was able to get through traffic better than my brother,” he said.

Taylor Webb led the entire distance to win the first of the two heat races chased by Black, Alec Webb and Robbins.